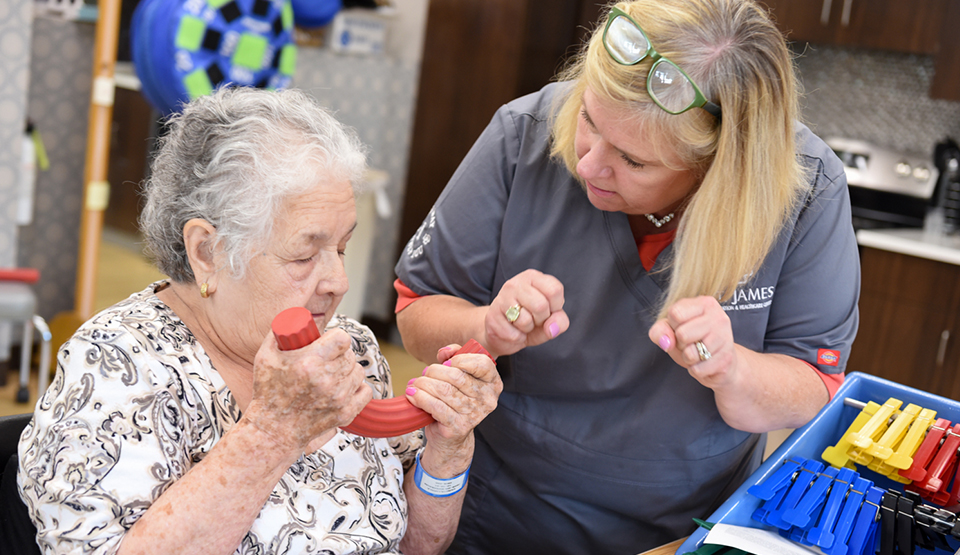 Patients Age: 86
Admission Date: May 17, 2015
Admitted From: SBUH
Discharge Date: June 16, 2015
Discharged To: Home
Length of Stay: 20 Days
Reason for Stay: MVA
How did this patient hear about St. James? Patient at North Suffolk Cardiology, whom St James Rehab is associated with

Patient was admitted to St. James Rehabilitation Center after his admission to SBUH due to Motor Vehicle Accident. Upon his admission, he had noted to have weakness, difficulty transferring, and difficulty performing self care. He attended physical therapy six days a week for therapeutic exercise, gait training, therapeutic activities, ambulation, and diathermy . He also attended occupational therapy six times a week for bed mobility, transfer, toilet, ADL, balance, and safety. During his stay he was followed by the wound care doctor for wound a wound that developed during his hospital stay and for a surgical incision. The wound doctor followed him weekly and improvement was noted. He was educated by the nursing staff on how to perform wound care prior to his discharge. In addition, he was monitored by his primary care physician as well as the cardiologist from North Suffolk Cardiology. He was educated through his stay on being compliant with medications and treatments; upon discharge both him and his family received education on medication administration to ensure safety when at home. Upon discharge great improvements had been made in his ability to perform self care, ambulate, transfer, and safety awareness.